Guildford has been donned the Hollywood of game development. While to a casual onlooker it might look like your regular British town, we actually house some of the most remarkable games talent in the UK.

From a sleepy home to Peter Molyneux’s Bullfrog Games in the 80s, Guildford has become a vibrant village of game studios. We consider ourselves very lucky to be surrounded by lovely neighbours. Let us introduce you to a few.

You could say we have Peter Molyneux to thank for founding this village of game developers. In the 90s he sold his studio Bullfrog to Electronic Arts, making EA open up a wing in Guildford. It soon followed with Microsoft buying Molyneux’s second studio, Lionhead, which drove the multinational to pitch up a tent here too.

In 2012 the industry legend decided to go back to his roots and set up a tight team of talented developers. They released games such as the innovative Curiosity, a game where players chip away at a large cube to uncover a mystery hidden inside, and Godus, the controversial god game.

Molyneux and his team are still plugging away. Now they are working on a new and well-received game called The Trail. 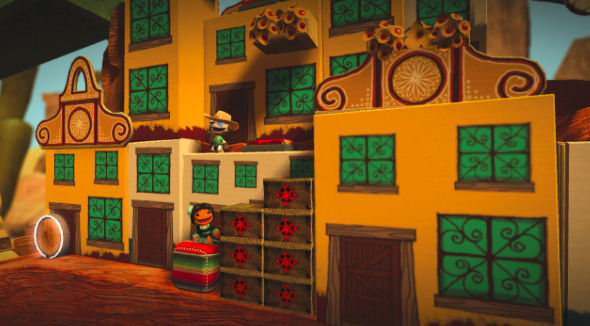 Founded in 2006 by ex-Lionhead employees, they are the team that birthed the well-loved LittleBigPlanet series. LittleBigPlanet is a puzzle platformer with a 1980s sticker book aesthetic – a style that they took with them to their second IP, the Vita classic Tearaway.

The Media Molecule team are now working on a truly ambitious project called Dreams. Though we often have a hard time explaining what Dreams is, media has been very excited about it and so are we. Dreams is a sandbox game that lets you create anything, from a little flower vase to an entire solar system. You can fill your objects with life and send them out for other people to play in them.

Fireproof Games are known for their creepy puzzle game series for mobile known as The Room. Each series of the game comes with intricate boxes, old-fashioned gadgetry and dimly lit mysteries to solve.

The team started with six staff members from Criterion who left in 2008 to found their own studio. They first took on art contracts for LittleBigPlanet and the Killzone series until in 2012 they launched the first episode of The Room.

All of their games are incredibly satisfying and they went on to win numerous awards including BAFTAs, the Game Developers Choice Awards and more. We are very lucky to have this stellar team in Guildford. 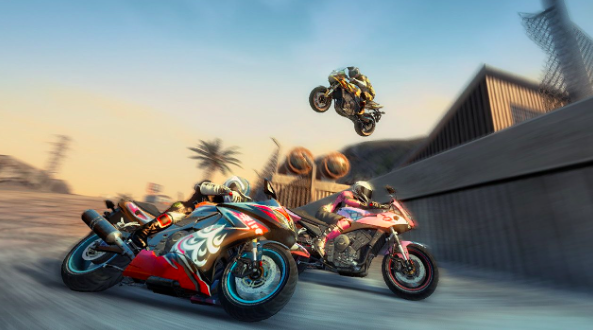 Criterion is an old neighbour here in Guildford, having been founded as early as 1996. They are famous for releasing the racing hit Burnout in 2001. They were bought by EA in 2004 and went on to work on the Need for Speed titles and created the classic Burnout Paradise.

After a shrink in their team in 2013, when Need for Speed founders Fiona Sperry and Alex Ward left to create Three Fields Entertainment, Criterion Games is back into full gear with over 100 people working at the studio.

They have moved on from racing now as the team has started cooking up a new battle royale mode for Battlefield 5.

Supermassive Games carry a hefty reputation since their 2015 breakout hit Until Dawn. Their many cinematic story-centric games have won BAFTAs and are pushing the boundaries of immersive and interactive narratives.

Pete Samuels has large plans for the team. They are planning to release two The Dark Pictures games every year, expanding their repertoire of horror games. They have created a list of 39 horror sub-genres and they are planning to go through each one.

First up, they are planning to release Man of Medan sometime in 2019. The first game in the series is inspired by the Ourang Medan legend involving a shipwrecked ghost ship. 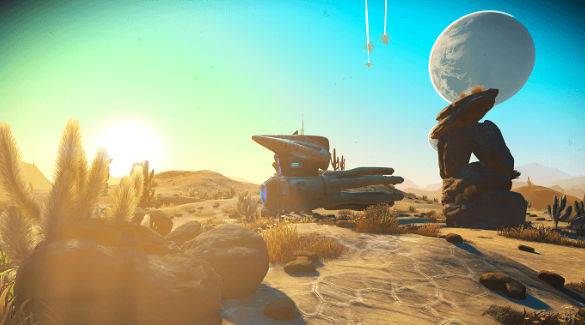 Founded in 2008 by a team of four, it is a little known fact that Hello Games actually started making their name with the quirky Joe Danger series. However this was quickly put to the side when Hello Games announced its ambitious space exploration game, No Man’s Sky.

The game features a procedurally generated universe complete with procedural flora and fauna which players can explore. There was a lot of hype surrounding the game which lead to an insane backlash after the launch.

Instead of buckling to the pressure, Hello Games have gracefully and successfully dedicated their time to updating and improving the game, releasing regular updates for those of us who treasure the game and the wonderful team behind it.

Wargaming is the new kid in the block. The team have opened their first western-European studio and they have picked Guildford as their home. Lead by veteran developer Sean Decker, the ex-EA, DICE, and CCP employee called Guildford an ideal place to use as their studio centre.

The team is working on a yet unnamed, free-to-play, multi-platform MMO and it is going to be big. Wargaming decided it needed its own studio and has 25-strong team dedicated to the IP. We wish them a warm welcome to our neighbourhood.

Founded by ex-Playdead CEO, Dino Patti, and film animator, Chris Olsen, this six-person team is working on an ambitious new title called Somerville. Olsen gave us a bit of an insight into what Somerville is when he said, “It’s crucial to me that we’re creating something that helps expand the definition of games and draws people in from outside the medium.”

Ambitious claims, however with a recent investment by NetEase and plans to double their team next year with talented Guildfordians, we are confident they are well placed to tackle whatever challenge. 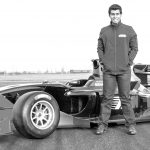 Karun is back with ‘From the pit wall’Uncategorized
Driver UpdatesUncategorized
This site uses cookies: Find out more.