Due to working-from-home limitations, we’ve made the decision to push back the launch date of the tournament and custom powertrain update until early next year. This is to ensure that we launch the most balanced and stable version possible!

However, to help fill the void between now and release, we wanted to share a few images and details to show you the exciting possibilities this update will bring! 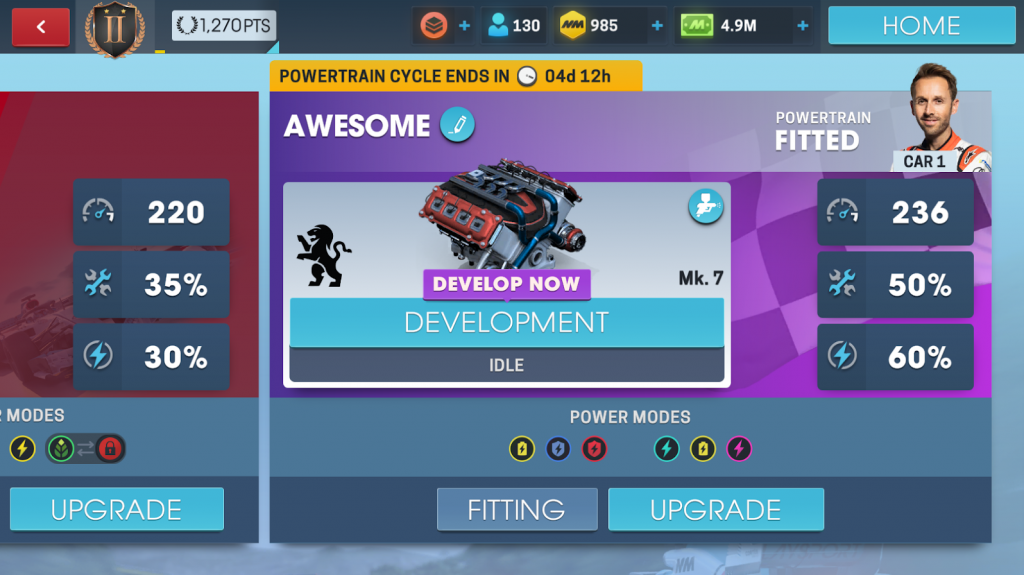 Once you reach Tier 7, custom powertrains become available to upgrade and use in all forms of racing including career, exhibition and tournament races.

Custom powertrains allow you to research and apply bonuses and modes over a 2-week cycle from the development tree. All players will see the same tree, and it’s up to you to figure out the best combination to beat the competition! 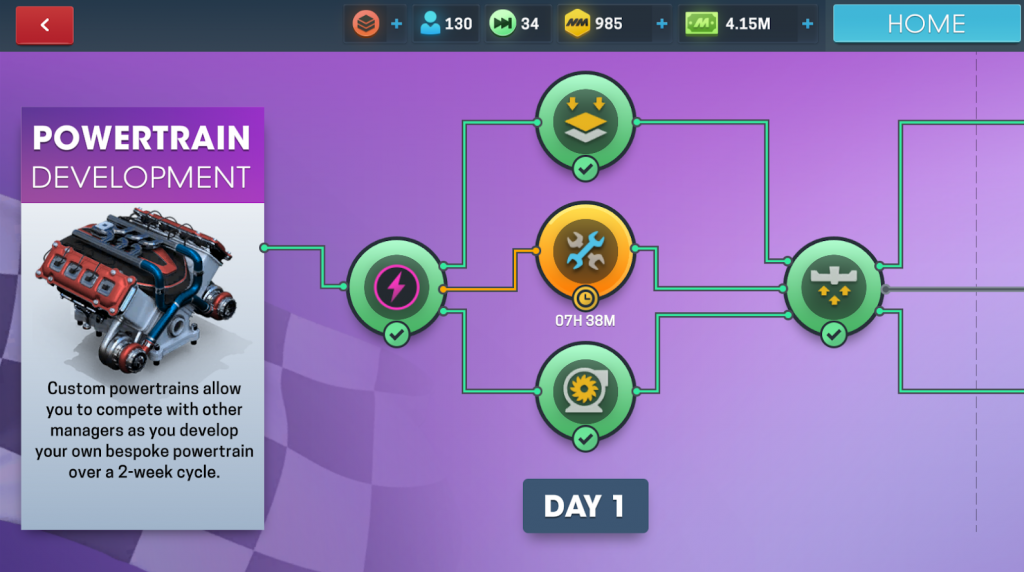 At the end of the 2-week cycle, all powertrains are reset and a new development tree begins!

Tournaments have been brought in to answer the most important question: who is the ultimate motorsport manager!

Tournaments also run over a 2-week period with each day offering a different circuit. Players can enter two tournament races per day and both race’s points contribute to their overall score. 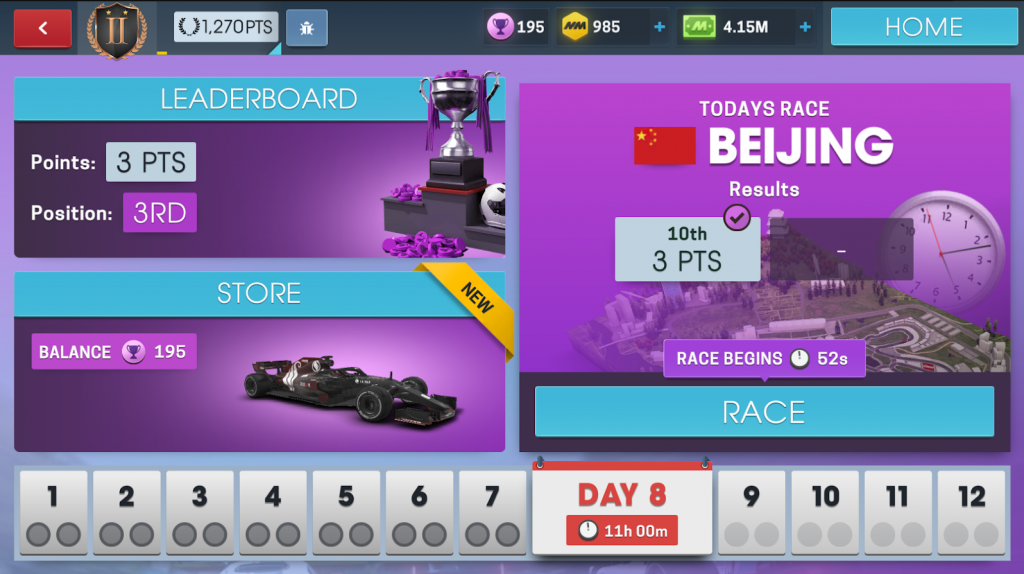 At the end of the tournament, the prizes are awarded! These prizes are the best in the game, awarding materials, cash and Tournament Tokens to spend in the new Tournament Store! 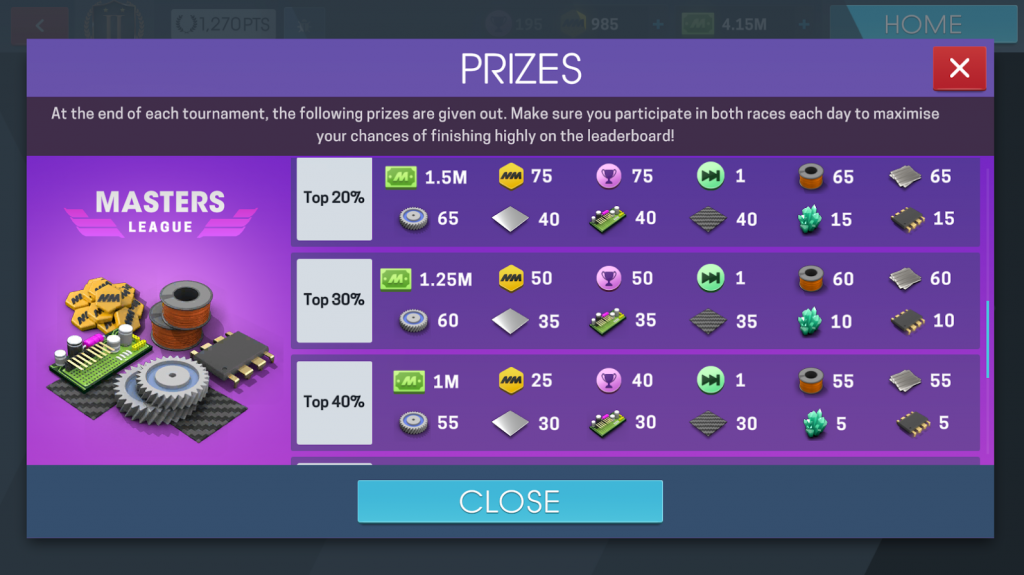 The tournament store is a new store which offers both unique and regular cosmetic items at the cost of Tournament Tokens.

The exclusive items will run on a 2-month rotation and when they’re gone, they’re gone for good! Higher place finishes in tournaments award more Tournament Tokens to spend in the store. 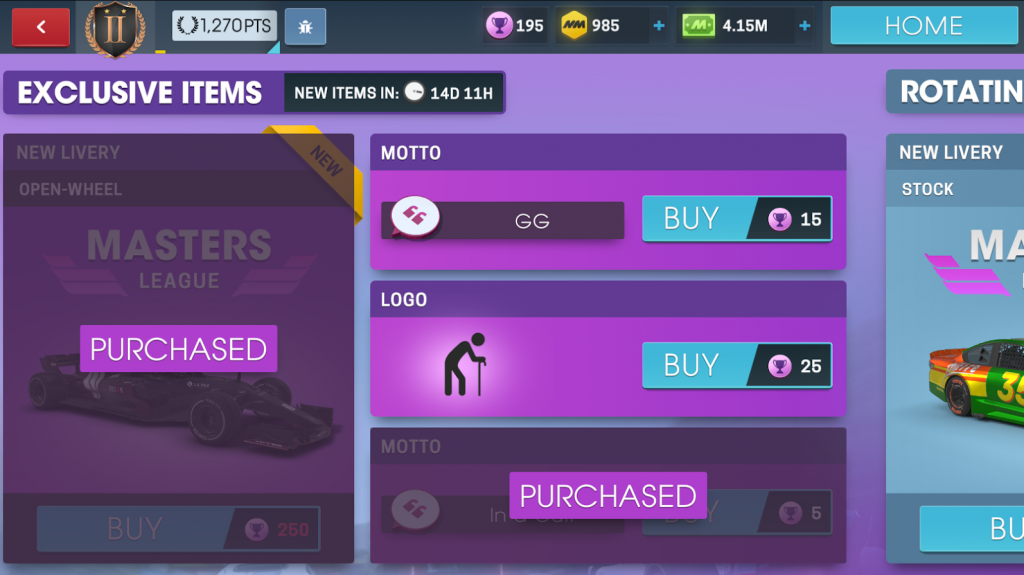 Finally, the hall of fame showcases the best managers in the world. This new leaderboard tracks the total number of tournaments won by each player. This leaderboard doesn’t provide any in-game benefits except ultimate bragging rights. 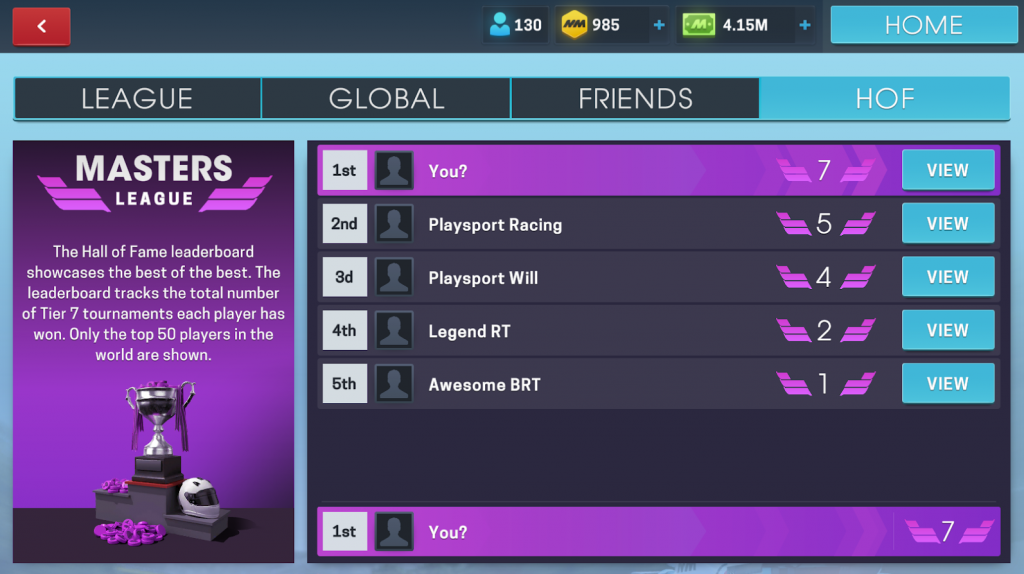