Q and A: Luke Finlay-Maxwell, Game Designer at Playsport Games

Following the popularity of our Q and A with Gustavo, our senior programmer, we thought we’d carry on interviewing the Playsport team to show you what goes on behind the scenes.

So this month, we chatted with Luke Finlay-Maxwell – our game designer – to take another look behind the curtain. 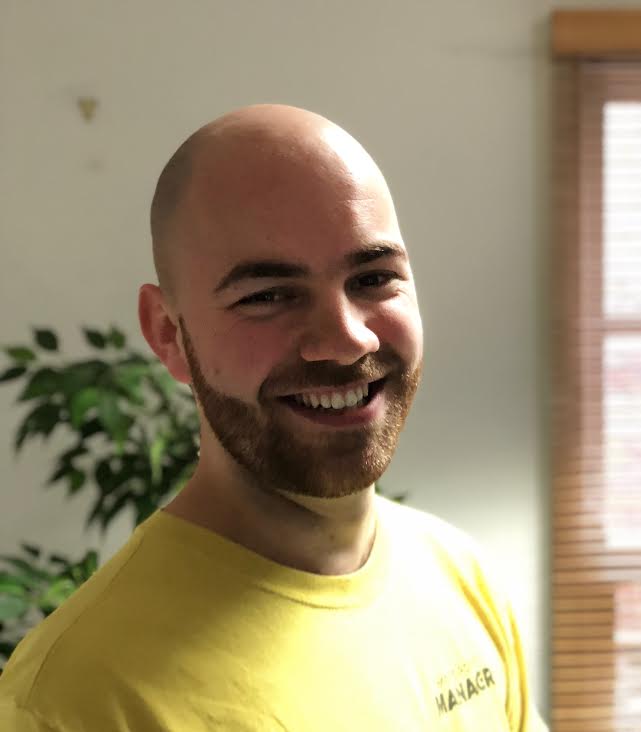 Tell us you who are and what you do at Playsport Games.

My name is Luke Finlay-Maxwell and I’m a game designer.

How did you get into the video games industry and join the Playsport Games?

I started by studying Computer Games Arts at university. While there, I was lucky enough to get an internship at Supermassive Games (creators of Until Dawn) where I met a lot of future Playsport employees!

After university, I set up a mobile game studio with my friend Gustavo. After a few titles without any major successes, we decided it might be better to get some more experience at other studios!

We had bumped into Christian at PG Connects the year before, and so we both applied for positions at Playsport. Gustavo joined as a programmer and I joined as an environment artist.

While it was great working with the art team, my real passion is design. So, after about a year, I was able to change disciplines and I moved over to the design team.

I work within a design team, where we sit down together and develop new features and mechanics for each title.

One of my favourite tasks has been writing some of the dilemmas throughout the MM series. If you’ve ever been frustrated by the mafia kidnapping your driver, that was me!

The best bit for me is being able to work with such a great team. Everyone in the studio is passionate and has a great sense of humour.

Because we’re still quite small, there’s a real family atmosphere. Anyone from any discipline can have an idea or an opinion: we all just want to make the best games possible.

There have been a few features which have been particularly tough to crack! I think the hardest was figuring out the supplier network system in MMM3 or part design in MMM2.

With both of those systems, it’s very easy to add lots and lots of detail, when actually the best approach is to keep it restrained. Particularly with part design, we went through multiple iterations. Each time we re-worked it, we stripped off bits of fluff and needless content, until we had a very streamlined mechanic.

For me personally, it’s a bit like having a work family! We joke around and have fun, but we’re also deeply passionate about MM, and making the best games we can.

Probably Kieran. When I was working in the art team, we went through a phase where we’d hide a fake lemon around the office. It ended up in lamp shades, glued underneath people’s chairs and once, sellotaped to the outside wall on the 2nd story.

Probably me. I often cycle to work and, in the winter months, tend to get into the office wearing a very attractive pair of fluorescent thermal trousers!

There’s a few! But I think the best one was seeing the community react to MMM3’s practice/qualifying feature so positively.

We’ve always struggled to find the right balance gameplay-wise in practice. In MM PC I think it leaned too much into micromanagement, while in MM2 I think the qualifying/practice was a bit too hands-off. But I think MMM3’s blackjack/setup hybrid works really well because it’s infinitely replayable and is a bit more abstract, which gives us more freedom when designing the feature.

When the community played it, most people just seemed to understand it right away. That was a super satisfying design moment!

Want to hear from the Playsport team directly? Sign up to the Motorsport Manager newsletter here.