Below is our current short-term roadmap for Motorsport Manager Online. These four updates are scheduled over the next 6 months, and are designed to tackle key features which aim to improve the game’s health, enjoyment and long-term replay ability.

The key focus for this update is improving the first time experience for new players. We’ve completely overhauled the tutorial, added a new ‘Assistant’ feature and created pre-championship interviews, which help provide a better sense of progression as you promote through the tiers.

The update also spruces up the home screen by providing better core feature navigation and allowing you to see your car in all its 3D glory!

Finally, the update will bring a wealth of quality of life improvements, including a faster boot up time, various bug fixes and the ability to pay Paddock Tokens to bypass drivers who refuse to negotiate. Not only that, but improvements under the hood will allow us to buff drivers faster and provide them with global temporary traits based on their real-world performance.

While the Tune-Up update is targeted at new players, the Tournament update is dedicated to our long-time users. Tournaments will only be available to high-tier players, and provide new rewards and challenges.

Tournaments are time-limited and have a fixed amount of races that can be entered each day. This levels the playing field, meaning every race counts and the winner won’t be determined by the total number of races played.

At the end of the tournament, the overall winner is added to the Greatest of All Time leaderboard. This new vanity leaderboard tallies up how many tournaments each player has won to prove once and for all who is truly the ultimate motorsport manager.

A completely new feature, powertrain development runs in tandem with each tournament. Available from the start of each tournament, high-level players can create their own powertrain from a tech tree of traits, power modes and stat boosts.

At the end of a tournament, all powertrains are reset and a new tech tree is created with different traits, modes and base stats. This means that every tournament will be different, and players will need to adapt to an ever evolving powertrain meta.

At the start of a tournament, it may be more beneficial to stick to one of the familiar stock powertrains. But as time goes on, and more options become available in the tech tree, you’ll start to see your opponents coming to race day with more creative and powerful custom powertrains.

To celebrate the new Formula E season, we’ll be updating our Formula E driver grid to reflect the real-world championship. We’ll also be recreating each team’s liveries so that you can support your favourite team!

The update will also aim to improve Formula E events and how players engage with them.

In line with our plans to create an ever-evolving motorsport world, this update will provide a way for players to interact with the community as a whole in exciting new ways.

Each week, the winner of the global leader board will become the temporary GMA head. As the GMA head, the player is allowed to pick one strategy to ban for the following week. In addition, two other strategies will be put up for the vote to ban, allowing all players to have an impact on the strategy meta week-to-week.

Finally, Tier 7 tracks will be available to vote on by Tier 7 members, with the idea that the circuit calendar is constantly updated and challenging. 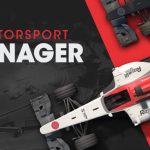