We’ve all felt that shot of adrenaline playing Motorsport Manager when we cross the finish line in first place. It’s a great feeling when all those hours spent tweaking your car, hiring the right team and learning to manage the in race experience come together for the victory.

But we also know that there are some race wins that mean more than others. Whether it’s a victory grabbed from the jaws of defeat (or second place which, you know, is basically a defeat) or a commanding triumph from the front, winning in style matters.

Earlier this week, we asked you on Twitter to tell us about some of your most memorable victories in Motorsport Manager. And here are some of our favourites.

Sometimes our champion drivers fall sick and there is nothing much we can do about it. Scuderia Quantistica, or ScuderiaQ on twitter, was in a tight spot when lead driver Sara Thomas caught an untimely cold and their back up – Bjorn Bjelland – was, erm, a less than ideal replacement.

But on this day, Thomas’s absence wasn’t felt. As Scuderia said to us, Bjorn was able to overcome his defective abilities to succeed.

So far, our last ever race in ERS; Phoenix E, 2019 season. Sara Thomas was out sick, Bjorn Bjelland was brought up from reserve. Bjorn couldn’t drive his way out of a paper bag, but I gave him the car to do it. And he did. Car beats driver every time. https://t.co/dcZphSKpgc

If there’s one thing we know about motorsport, it’s that rain changes the game. So it’s no surprise that some of the most memorable wins from the MM community.

Alec Swatton, or SwattonAlec on Twitter, was tailing 17th and 18th when the rain gave him the luck he needed. While all the other drivers were changing their tyres to wets, Alec chose intermediates. Against all the odds – and what would be considered normal weather in Italy – he swept to victory.

Picture the scene. A newly created team, 17th & 18th on the grid at Italy. Rain midway through the race shakes up the order, I gamble on inters while everyone goes onto Wets, taking the lead. 10 laps to go I’m being hunted. With 2 laps left my drivers hold on for a 1-2 finish

Alec was not the only one to luck out on well placed tyres. Chris Maxson, or ChrsmaxsonChris on Twitter, was sitting in the middle of the pack in Russia when the rain arrived. With nothing to lose, he shifted to inters late in the race and came out ahead of the pack.

Black Sea Russia. Down on fresh tyres. Back in 10th and 11th with 12 laps to go. I see that it might rain. I pit a lap early for inters with very light rain but the rain gets harder and every one was still on slicks! Pass everyone in the pits with 2 laps to go for the win!

Who doesn’t love the idea of winning a tightly fought championship in the final race? That is exactly what happened to Charles Hibbard. He went into the final round in a three way fight for the driver’s championship and squeaked home after the final race by exactly the same number of points.

Niclas was another racer who grabbed victory in the final race of the season. But his win was arguably even more satisfying than Charles’s win. Despite starting at the back of the grid, getting off to a dreadful start and having a green driver going for the title,  a well timed safety car and a decisive strategic shift won him the day.

ERS, last race of the season, back of the grid with the driver title on the line, who ever won the race would get the title, terrible start and strategy got turned around with a safety car call that switched up to a great strategy call and a 1-2 with my youngest driver taking it.

Finally, we had to give a shout out for one of the most important victories that a manager can have in game: the first one.

Glence Joseph loved his maiden win so much that it sparked both a love for the game and the feeling that he could drive an actual F1 car to victory. For that Glence, we salute you!

The first one as a rookie. Got glued to this game so much there after that I believed I could drive an actual f1 car and win 🙂

Want to keep up to date with all things Motorsport Manager? Sign up to our newsletter here. 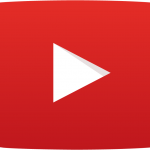