The latest patch expands our capabilities to improve and modify the game live to respond to real-world driver events.

While they may not have had a chance to spray the champagne, these drivers put on an incredible performance in their previous real-world race. We will award these to drivers who went above and beyond their normal form the previous week.

This trait will be awarded to drivers who managed to score a podium in a real-world race the previous week. A temporary boost to all stats can make all the difference when looking to hire a new driver for your team.

Finally, this trait will be awarded to those who have won a driver’s championship title. This trait will stay on the driver for a long time, meaning a fantastic real-world performance can have long-lasting benefits in Motorsport Manager Online.

Once this week’s update goes live, the following drivers will have these temporary traits:

If we don’t feel that a temporary trait can measure the growth and improvement of a driver in the real-world, we now have better tools to buff them live to reflect their current performance.

If you’ve upgraded a driver who has been buffed, you will be notified and have the option to respec that driver once for free.

If you’ve upgraded a driver and the latest buff puts a stat over 100, you will be required to perform a free respec of the driver to ensure that each stat remains at the maximum cap of 100. We will never intentionally buff a driver’s stats over 100: this can only happen due to the unpredictable nature of players being able to upgrade each stat individually.

Due to his brilliant Formula 2 debut, Felipe has received a permanent stat increase! We can’t wait to see how players adapt to this significant buff!

After an incredible start to his season in Japan Sacha has had his stats permanently improved. With his Quali Pro trait and improved 91 Smoothness he’s a great choice if you want a driver who can start at the front and run a long first stint. 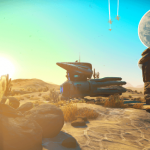